What Is Inside The Tesla Battery And How It Works 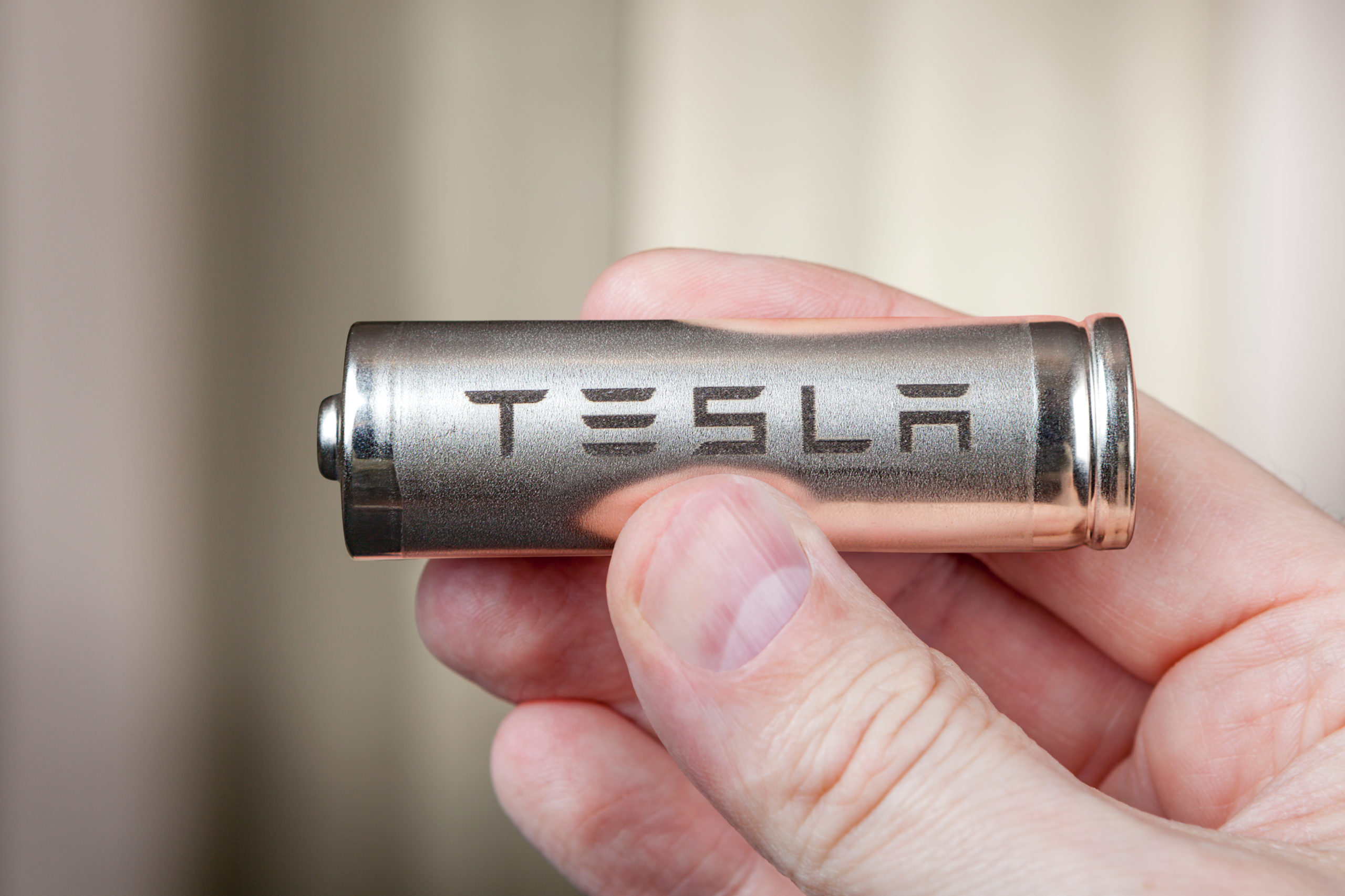 Tesla is the king of electric vehicles, as the maker of the bestselling EV of all time. However, the California-based company is also a battery champion. After being the first automaker to use a lithium-ion battery in a commercial electric vehicle, it is still researching to make its batteries better. It also has its Gigafactory facilities where it makes batteries in conjunction with Panasonic.

What is inside the Tesla battery?

Tesla batteries contain cells that use lithium-ion chemistry. This means lithium is the primary material for the cathode or positive electrode. However, the cathode comprises nickel manganese and cobalt oxide or NMC. For the anode, Tesla currently uses graphite with small amounts of silicon oxide.

When you charge a Tesla battery, the lithium ions flow through the electrolyte to the graphite anode. The migration displaces electrons and thereby creates an electric charge. The reverse is the case when you draw power from the battery.

What is commonly called the battery is really the battery pack, as it contains more than just the battery. The pack includes a temperature regulating mechanism to ensure the battery does not overheat and catch fire. Sophisticated software monitors each battery cell to optimize performance.

Tesla continues to research ways to make its battery better. The latest improvement comes from the ‘tabless’ battery, revealed during its last Battery Day event. It is an exciting take on material composition and cell arrangement that Tesla claims promises gains many aspects of the battery.

The new tabless battery ditches the ‘tab’ in current batteries. The function of the tab is to join all the current collectors from all the cells together to the anode and cathode terminals of the battery. The drawback of the tab is that it slows down the electron’s movement, making the charging process more time-consuming. The method of inserting the tabs is also time-consuming. Tesla found a way to eliminate the tabs.

Other changes include the size of the cells. Tesla has made them bigger and wider. The automaker will now use different materials for the electrodes. The cathode will eliminate cobalt and use more nickel, a move that brings down the cost and weight of the battery. The amount of silicon in the anode will be increased too.

Overall, Tesla says it will unlock up to a 54 percent increase in range and a 56 percent reduction in the cost per kilowatt-hour of producing the new battery. It will also last a million miles.

We are a participant in the Amazon Services LLC Associates Program, an affiliate advertising program designed to provide a means for sites to earn advertising fees by advertising and linking to Amazon.com. As an Amazon Associate we earn from qualifying purchases.

Welcome to Care Care Joe, a place for any Average Joe to get the information they need to keep their wheels on the road! I’m Joe, a DIY mechanic who has seen & worked on some things and wants to help you keep your car in good condition with good maintenance tips, car gear reviews, and repair tips if it gets “that bad”.